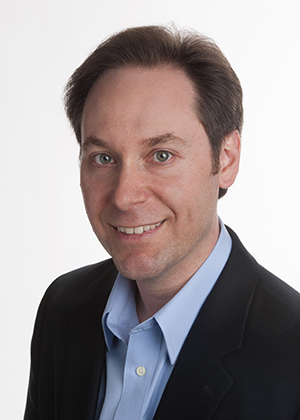 Marc-André Bougie is rapidly establishing himself as a highly sought-after conductor, composer, & educator in North America and abroad.  Among several leadership accomplishments, he is now in his 19th season as Music Director and Conductor of the Texarkana Regional Chorale, and his 15th year as Associate Professor of Music at Texarkana College.  He was also the founding Music Director & Conductor of the Texarkana Symphony Orchestra, which he directed for twelve seasons.  He has conducted the Orquesta Sinfónica de Falcón (Venezuela), Pleven Philharmonic (Bulgaria), Orchestra Cantelli (Italy), Orchestre des Sources (Canada), Shreveport Symphony, Shreveport Opera, Shreveport Chorale, Shreveport Metropolitan Ballet, Texarkana Youth Symphony Orchestra, Gilbert & Sullivan Society of Northwest Louisiana, St. Pius X Choir & Orchestra, the University of Missouri Philharmonic, Contemporary Chamber Players, and University Singers, the Columbia Youth Orchestra, and the Show-Me Opera Studio – a sum of experiences which speaks to the versatility and adaptability of his conducting style.  He made his Carnegie Hall conducting debut in 2010.  He has collaborated with world-renowned performers such as Zuill Bailey, Jimmy Brière, Michael Brown, Tony DeSare, the Harlem String Quartet, Sharon Isbin, Scott Kirby, Jean-François Normand, Sandi Patty, Jane Redding, Elena Urioste, Bradley Welch, and many more. In January 2016, he conducted the premiere of the new educational program Dvořáks’ New World, created by Michael Boudewyns and Sara Valentine – and for which Marc-André was the music collaborator.  He has also been active working with contemporary American and Canadian composers, and he has commissioned and premiered many new works including Southern Air and Flourish by award-winning composer Clint Needham.

Marc-André is married to soprano Candace Taylor with whom he collaborates as composer, pianist, & conductor. In 2015 they worked on an album featuring one of their new compositions, Ave Maria. He has won the 2001 MTNA National Composition Competition and holds a master’s degree in Orchestra Conducting from the University of Missouri-Columbia.  Marc-André was awarded the Texarkana College 2016 Endowed Chair of Teaching Excellence, and a NISOD Excellence Awards recipient in May 2017 on behalf of Texarkana College.  In April of 2018, he conducted the New England Symphonic Ensemble and several choruses in F. J. Haydn’s Mariazeller Mass at Carnegie Hall as guest conductor for Mid-America Productions.  He conducted the New York premiere of his Requiem in 2022, after which he given the title of Honorary Composer/Conductor for Mid-America Productions.  He was also National Finalist for the 2021 American Prize – Choral Composition Division for his Requiem.  Upcoming conducting engagements include the premiere of his Mass of St. John Vianney in August of 2022, the premiere of his new piano, cello, & SATB setting of the poem Music by Ann Porter by the TTCDA Choir in San Antonio in February 2023, and the word premiere of his new Magnificat at Carnegie Hall in 2024.

His involvement in the advancement of music in the areas of the conducting profession and education is reflected through his work with organizations dedicated to these disciplines.  Among others, Marc has been a board member for the International Conductors’ Guild, an international organization dedicated to the advancement of the conducting profession, and he was the co-chair of the 2018 Guild Conference in Ft. Worth, TX.  He is also on the Arts in Education Artist Roster for the state of Arkansas.